Skip to content
Every time you press the accelerator pedal, you are controlling how much fuel and air the engine takes in. These calculated amounts typically mix together before being drawn into the combustion chamber of an engine cylinder. There the mixture ignites, producing the controlled burn that powers the vehicle. One of the issues of a combustion engine is that it will produce carbon. This carbon accumulates in the air intake, combustion chamber, and exhaust system, which will restrict your car’s ability to breathe properly. 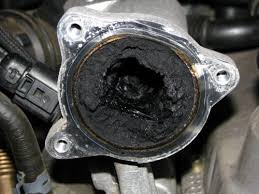 Carbon deposits have also been linked to the following: This is where the problem starts.If there is an excess build-up of carbon in your vehicles engine the following may occur: These mainly occur due to the fact that the carbon deposits inside the engine may restrict the air mixing with the fuel which in turn could cause the mixture to be not as efficient when igniting, causing a loss of power. To rectify the problem, you can get an air intake clean which pushes cleaning mixture throughout the throttle body, intake manifold, intake valves, combustion chamber, piston crowns, cylinder heads, EGR valves, oxygen sensors and catalytic converters while restoring your vehicle to its optimum running condition this ensures that a clean mixture of air and petrol creates an efficient mix for the vehicle. Benefits of receiving a Complete Air Intake clean: